"The Czech Republic celebrated European Neighbours' Day for the first time in 2006, thanks to
the work of teams at Svátek sousedu ("Neighbours' Day") Association, chaired by Ms
Lagsladlova, Mayor of erno ice. The event was kicked off in Prague with the participation of
district mayors' offices, but the concept of sharing between neighbours and making connections
appealed to NGOs, families and residents. To get ready for 2006 European Neighbours' Day,
the Svátek sousedu Association sent invitations to the mayors of the country's 100 largest cities
and towns. It also asked the Towns and Municipalities Association to publish information in its
newsletter, which is distributed to 6000 member towns and municipalities. Finally, European
Neighbours' Day was sponsored by Prague City Hall, the Chairs of two other Czech regions,
and the Franco-Czech Chamber of Commerce, which has become the event's main commercial
partner.
Various Czech media outlets showed an interest in the project. The chair of the Svátek sousedu
Association gave six interviews on national television and radio.
European Neighbours' Day was also covered in the evening newscast on the country's mostviewed
television station.
The event was publicised in newspaper, magazine, and internet advertisements and articles. We
have also planned a major poster campaign in schools and metro stations." 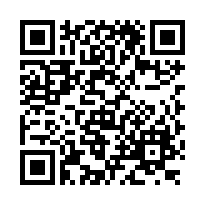