Testimony from Switzerland: a perfectly tuned organisation with four
years' experience, helping Swiss towns and cities to plan the event
calmly and enthusiastically, under Geneva's leadership

European Neighbours' Day was celebrated for the fourth time in Geneva on May 29th. The
event is growing each year in Geneva, just like in the rest of the canton, where more and more
municipalities are signing on. Committed participants' enthusiasm is spreading to new
organisers who are making the most of the event to share fun times between neighbours. In
general, European Neighbours' Day consists of friendly get-togethers between neighbours, on
the pavement in front of buildings or in courtyards, lanes and gardens. Traditionally,
celebrations begin in late afternoon, sometimes lasting until late at night. The number
participants may vary, but the number of very large parties is decreasing, as neighbours prefer
smaller, more intimate gatherings where participants can truly take the time to get to know
each other. Some of the events are held at lunchtime or during the day, but these are mainly in
organisations, associations, crèches and nursery schools, and companies
Most of the time,
drinks are served at the parties and each neighbour brings a dish to the potluck dinner. 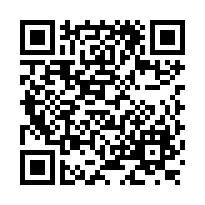