" Perfect coordination between all the departments at city hall, with the involvement of the
Departments of European Integration, Culture, Social Providence, Internal Politics, Youth and
Family, Sport, and more, which were all deeply involved on the field and which went to the city's
various events.
These departments' interaction and the mayor's
involvement further bolstered the event's impact on the
residents.
"European Neighbours' Day was organised in all the
regions of Odessa. Children, students, and the elderly
participated in the event, making us aware of the
importance of interpersonal communication. City
workers got closer to Odessa citizens and learned to better understand their difficulties and their
struggles. This day aims to fight against loneliness and isolation. European Neighbours
Day
strives to encourage solidarity, fraternity and equality throughout Europe. It is a very important
event for people who want to make Europe united and connected through love between all its
residents. " 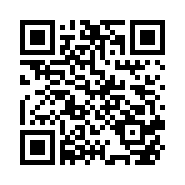